Thank you to fortheriders.com and Giant for the support. The Giant XTC felt fast and nimble over the course and handled the rocks flawlessly.

The first round of the Subaru Australian National MTB Series was held at the You Yangs in Victoria. This was my first national race I have competed in and boy it was next level racing compared to state racing. The venue was huge and the track was fast, laps were many and the competition was filled to the brim with great talent.

I am racing in the Elites category now since I turn 23 in 2015, and the national series is a 2015 series. I felt like I was jumping into the deep end of the pool once again. With riders like, Daniel McConnell, Scott Bowden (U23), Chris Hamilton (U23), Andrew Blair and Adrian Jackson (who finished in that order), you knew it was going to a tough and fast race.

The XCO course at the You Yangs was a mix of a long steady climb that included a couple of technical rock pinches that caused chaos to people at the rear. (I watched the chaos unfold in front of me) You were then treated with a fast flowing single track down the side of the hill with semi-sketchy corners where if you came in too fast you weren’t going to have a good time. The ground was hardpack with a thin layer of loose grainy rocks, i.e. traction on second and nothing the next.

For the next part of the course you had a tight, hair pinned climb section, again scattered with some technical rock sections on the climb. Once you had climbed up top, you more or less followed the ridge line which had its fair share of boulder rides and fast flowing single track into the final descent. The final descent lead you into a flat flowing section of single track, winding you through the forest taking you back to the natural velodrome where you went through for timing and to start your new lap.

You Yangs Map and Course

This was a tough race and Victoria didn’t put on a famous heat wave, but it was  certainly burn friendly. I raced fairly poorly, I felt like I hit the wall on the first lap. During the third lap the focus was on finishing my first national XCO race. I felt my poor performance was mixture of having a bad day combined with I have to spend some more time pedaling my legs off. Regardless of this, it was a great experience and given me a point to work from and I know now where I stand, 21st it seems. Only room for improvement now. 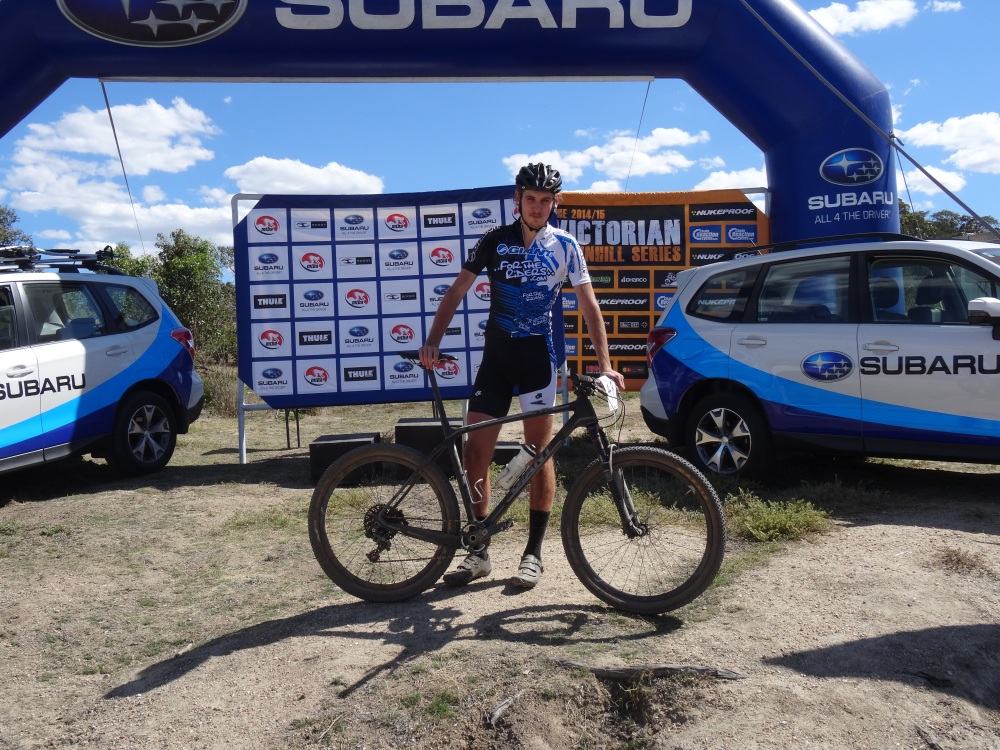